“Each of the steps in the storm’s formation – from the meeting of the Gulf and mountain air currents, to the moment the supercell stretches down and scrapes its fingers through the dirt – involves forces scientists don’t totally understand and elements of random chance. Add it all together and you have a dark, churning mass of mystery and probability.”

We’re running a Summer Tornado Forecasting Contest from June 9th until August 23rd. This summer, make forecasts about tornadoes for the chance to win prizes. Go here to get started or read more below about the contest.

Churning Masses of Mystery and Probability

In the FiveThirtyEight article, “Tornado Town, USA”, Maggie Koerth-Baker addresses the question of whether Moore, Oklahoma, a town that has been hit by four massive tornadoes in the last 16 years, is the victim of bad luck or unfortunate geographical location. Since 1999, Moore has been hit by two EF4 and two EF5 tornadoes. The EF scale, or Enhanced Fujita scale, ranges from 0 to 5 and measures magnitude by the amount of destruction and wind speed of the tornado. To get an image in your head of what these EF5 tornadoes may look like, the May 20, 2013 Moore Tornado reached up to 210 mph and caused an estimated $2 billion in damage. This 1.3 mile wide annihilator flattened homes and schools, killing 24 people and injuring hundreds more. It can be said with some certainty that a quick Google search of this tornado will not make your day any better.

When looking at tornadoes historically in the U.S., Moore is a probabilistic anomaly. According to the Environmental Research Letters, from 1994 to 2012, EF4 and EF5 tornadoes made up only 1.51% of all tornadoes that hit the U.S. during that time period. It’s rare for most cities in the U.S. to be hit by four tornadoes in 16 years, let alone four tornadoes of EF4 and EF5 scale. Even with the weather technology that exists today, an aura of uncertainty still surrounds scientists whenever the topic of Moore, Oklahoma is brought up.

The story of Tornado Town, USA is fascinating, being that these powerful, yet “unpredictable” forces of nature can defy logic in that way. That being said, as Moore appears to be more of an anomaly, it is understandable to wonder if tornadoes in the U.S. as a whole are truly “unpredictable.” The question then must be asked, how does probability forecasting play a role in informing conclusions as to when tornadoes, and of what size and frequency, will occur?

Now, you can help.

The Summer Tornado Forecasting Contest will run from June 9th until August 23rd on Alphacast. During this period, put on your best meteorologist hat and make predictions about these massive cloud beasts that carelessly hurl semi-trucks all over the earth at unimaginable wind speeds. Compete against others in the contest to be the most accurate forecaster. Your accuracy score will represent the net cumulative Brier points you have earned. By forecasting correctly you can increase this score and thus become an elite forecaster. There are questions that will close monthly, as well as questions that will last the duration of the contest to make predictions about. Now to get into the fun part, prizes.

Weather and tornado themed prizes will be given out at the end of each month during the contest and then additionally there will be one grand prize at the end of the whole contest for the person with the highest accuracy score. Here’s the specifics:

At the end of each month (June, July, August), the top ten leaders in accuracy score will be put in a raffle for the prize listed below:

At the end of each month (June, July, August), the top ten leaders in earnings will be put in a raffle for the prize listed below:

At the end of the whole contest (end of August), the top leader in accuracy score will win a grand prize:

You’re encouraged to make forecasts as often as you want to, as it might give you a better chance to win these awesome prizes.

So what’s the point?

If you’re wondering, “Why should I participate in this contest?”, please continue reading. If you are not wondering this, feel free to stop here and go make a forecast. Anyways, here are three reasons why you should make forecasts about tornadoes this summer:

1. It’s fun and costs you nothing

Forecasting about weather and natural phenomenons, such as tornadoes, is a great, invigorating experience. You can learn many new things about weather you never knew before. Also, tornadoes are visually fascinating. When you look at even a video of a massive moving tornado, it makes you question life. Finally, it’s free to make forecasts and you can win a prize. Win-win!

2. The Aggregation of Crowdsourced Data

The world we live in today is driven by data. Insights from crowdsourced data, even from something like a 3-month tornado forecasting contest, are valuable, and nonetheless interesting. The prediction market will, for one, reflect the public’s sentiment about what they perceive to happen with tornadoes. For instance, we might hear on the news that climate shifts in the Gulf of Mexico will affect storm outbreaks in Texas in August. How is that reflected in the prediction market of tornado forecasting? We’ll find out.

3. To learn about biases and pareidolia

Through forecasting, we can delve deeper into understanding our biases and our tendencies to be subjective when reasoning for why an outcome will occur, or pareidolia. Pareidolia, which is mentioned in "Tornado Town, USA”, means to falsely “find significance in the random”. Are we truly forecasting with objectivity and sound data analytics? Or is pareidolia clouding our ability to ignore what we perceive to be true patterns in historical data or trends? Forecasting tornadoes, which evidently are natural occurrences, can give us just that insight into the process we go through in forming our predictions. 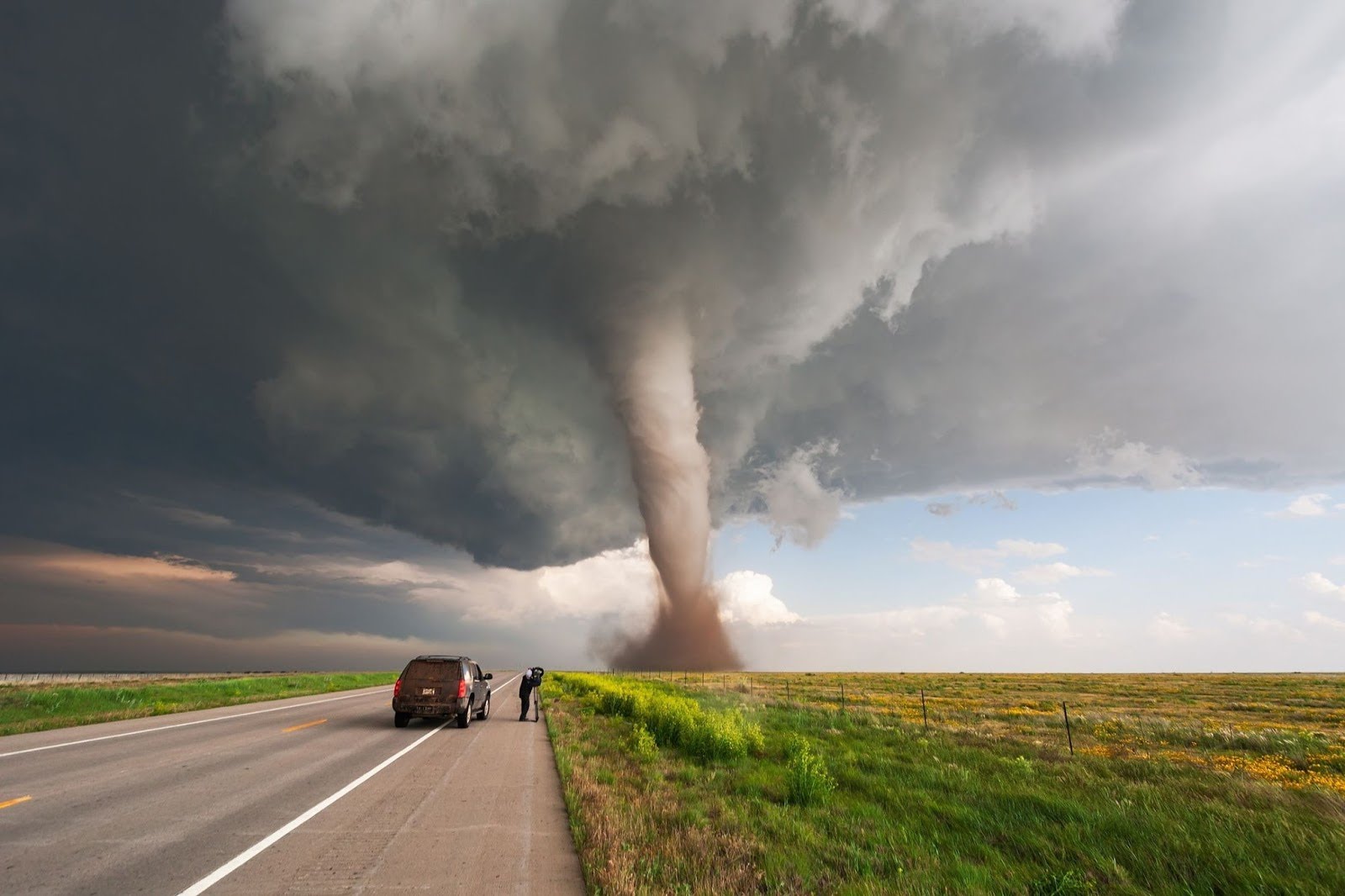