The ousting of Uber CEO, Travis Kalanick, on Tuesday is hardly surprising, though perhaps a bit out of step for both the revered ‘boys club’ - who traditionally protect their own - and the Silicon Valley culture that worships individuals who can create 10x ROI at all costs. But, Kalanick should’ve seen it coming. He brought it on himself after all.

His inability to learn from past missteps and adapt to a new standard of leadership ultimately led to his very public undoing. Doubting Kalanick could return as CEO from his hiatus, one of Uber’s largest investors said, “a vacation doesn’t fix what he has.”1 His Board of Directors and investors stuck by him for a long time, seemingly turning a blind-eye to one accusation after another of rampant sexual harassment, cut-throat culture, intellectual property theft, driver manipulation, and a generally toxic organization.2 So, what finally changed?

The discussions in the aftermath are clearly indicative of one thing: toxic leadership is bad for business.

The go it alone or hero-ball style of leadership that built many of the corporate giants that have been staples of our industry and economy for decades is exactly what is leading to their stagnation and slow demise. An autocratic top-down management style doesn’t allow for the agile adaptation or innovation that is essential for businesses in a rapidly changing world. Instead, we're shifting to a more open, collaborative style in which leaders know they must be more attuned to listen than to speak and to source insights, ideas, information, and opinions from a multitude of sources in order to make the best decisions for the health of the company. It’s simple: the world is diverse, and diversity is good for business.

We see it everywhere from Wall Street, where female-led Fortune 1000 companies outperform the S&P 500 companies run by their male peers with nearly 3x the returns, to Hollywood’s box office, where films with diverse casts and directors like Wonder Woman, Hidden Figures, and Star Wars: The Force Awakens are smashing box office records thanks to the diverse audiences they attract.3,4 Even established businesses like GE, Hasbro, and Newcastle Ale have all found ways to source diverse ideas and insights from their stakeholders to shorten product development cycles, engage communities, and increase profits.

Ever so slowly, the days of the “sit down and shut up” culture driven by baronial leaders are being eroded and replaced with leaders who take a more comprehensive and inclusive view by asking for their people's insights and listening to better drive smart business decisions. Due to technology, information can be instantaneously disseminated through self-controlled channels, so more and more people, especially women, won’t shut up. They are speaking up, exposing pernicious and unethical leadership, decisions, and organizations, using something as simple as a personal blog post as the linchpin for the undoing of an uber ego.

Transparency in leadership has been a hot topic in recent years: savvy consumers demand to know more about the business practices of the brands they support; employees demand leaders be transparent about critical communications; and citizens demand more information from elected officials.

Owing to the Internet, social media, and open communication channels, information flows freely and virally. The ability to control the flow of communications and story angle is significantly more challenging, and nothing stays hidden for long. While a PR team may be able to spin coverage for a news cycle and internal memos can forbid employees from speaking to the media, eventually, the skeletons of withheld information, inappropriate behavior, and corrupt practices will surface.

Susan J. Fowler wrote the now infamous viral personal blog post about Uber’s horrendous culture. Gretchen Carlson fought back a powerful man who sexually harassed her and many others. James Comey kept detailed notes of questionable meetings and behaviors of the President. And the #DeleteUber campaign (in response to Uber’s perceived attempt to profit from the protests against Trump’s travel ban) spread like wildfire on Twitter. All of these actions have cost millions of dollars in profit and untold sums in goodwill and user base.

While Fowler’s accounting of her experience was certainly not the sole black mark against Kalanick and Uber, it was the nail in his coffin. She didn’t even have to do it through a major media outlet. She was able to create massive effect through her personal blog. Information flows and leaders who understand that transparency is imperative - even tackling bad news head on - will be the ones to earn and keep the trust of their stakeholders through thick and thin.

Boards of Directors Recognize that Toxic Leadership is Liability to Shareholders

While Uber’s investors and Board of Directors long stood by the aggressive and controversial CEO, investor and board member, Bill Gurley, began to push for an overdue change in leadership after Fowler published her story. Gurley gained little support from other members to push Kalanick out, but ultimately persuaded him to resign in the best interest of the company before resigning from the board himself on Wednesday.

The board is responsible not only to the stockholders, but also to the stakeholders who are impacted by the decisions and actions of a company, such as employees and investors. Increasingly, boards are “evolving from country-club-like collections of the same familiar faces into a much more diverse and demanding constituency,” and activist investors are taking larger interest in the performance of CEOs for the health of the company.5 CEOs are no longer seen as sacrosanct and infallible leaders, but are progressively seen as replaceable if their actions threaten the future of the company.

It is undeniable that Kalanick instilled a noxious culture, but his no-holds-barred attitude led the company to impressive astronomical growth. He was exceptionally savvy at selling investors, and the public, on the vision of Uber's endgame, creating a glossy veneer over the company's wholly unsustainable model that heavily depends on investor funds to subsidize fares and shortchanges drivers to gobble up market share through artificially low pricing. Uber is a $70 billion very large, very fragile house of cards, whose value rests on the assumptions created by Kalanick's "trust me" attitude. While the Silicon Valley investment style is based on acquiring a massive user base and figuring out how to make a profit later, in many cases, like Snapchat, companies can't figure out how to make the pivot to a profitable model. By instilling a culture that fosters collaboration, innovation, ethical behaviors, and basic common courtesy, Uber could create a culture that attracts and retains talent that is agile enough to weather the valleys until till they find that sustainable model. Instead, with an executive suite where nearly every seat sits vacant, it's anyone's guess if a new CEO will be able to build a better foundation before the stack of cards collapses.

While Uber’s board may have waited too long to enact a change of leadership, they surely saw the signs of Kalanick’s pitfalls as a leader for years. Kalanick himself recognized the need for a drastic cultural change, yet did nothing to change.6 The extent of the damage to Uber’s reputation, user base, and impact to its valuation is still unknown, but serious damage has been done.7 Hopefully, Uber and Kalanick will be a cautionary tale that virulent culture and leadership won’t survive the new realm of business, and the boys club can’t protect you from the voice of the people who are demanding more of business and leadership.

You might also be interested in: A Board’s Check on its CEO - The Smell Test for Self-Interest vs. Leadership

You might also be interested in: A Board’s Check on its CEO - The Smell Test for Self-Interest vs. Leadership

7 With Travis Kalanick out, we'll see the real value of Uber — and it won't be pretty - Los Angeles Times 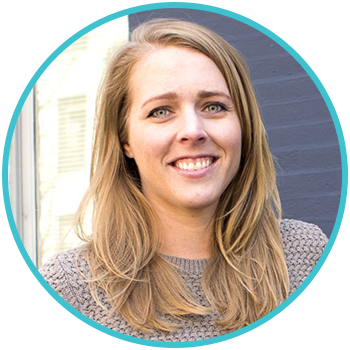